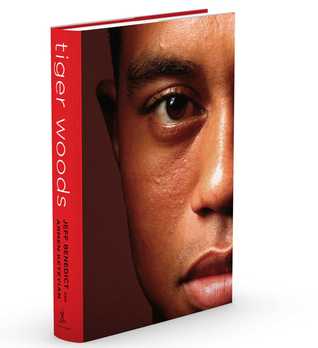 I’m not a golf fan, nor a fan of Tiger Woods. He is extremely talented and accomplished however both his publicity, skill and success has never been of interest boat. Earlier in the year a friend of mine recommended I pick this up to read. His rationale was that I wouldn’t end up liking Tiger more (perhaps the opposite), however it would be an extremely good read based on someone who has been extremely focused and determined from very young age.

One of my favourite sayings is that it is not how your parents bring you up how least they screw you up. I think this holds true throughout the book. There is no doubt of Tiger’s success in the world of golf, however, that has come with a lot of baggage. Benedict begins outlining these aspects with Tiger at a very young age being subjected to golf by his father. Whether it was in his Dad’s garage where Earl (his father) hit balls for hours or to the regimented practice 1:1 practices on the courses, Tiger would eat, sleep and live his life around the world of golf. Second, and more publicly is both his father’s and ultimately Tiger’s world of adultery. Again Benedict provides the facts as per his research on what happened, when it happened and how the Woods family and organisations surrounded Tiger to try and keep things from being exposed.

What I did like about this book is Woods’ dedication to his craft. His relentless focus on fitness, form, health and practice; ultimately his habits. I have read this in other extremely successful athletes in similar biographies; Michael Jordon, Koby Bryant and Andre Agassi to name a few. It reiterates the Malcolm Gladwell 10,000 outliers rule of success by practice (although I would add good practice). It is a good lesson for all of us to take away and hone our respective fields. That said, the moral of this story is the balance; something that Wood’s has had to learn after all the mistakes and injuries he has encountered later in his life. Definitely a great read whether you are a golfer, Tiger Wood’s fan or not.