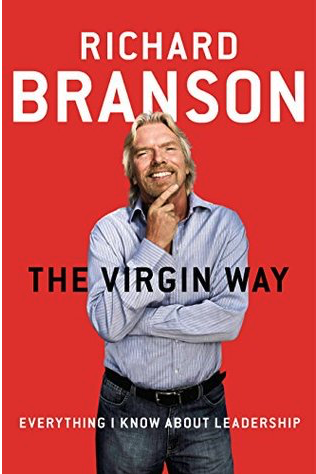 It has taken me a long time to get to reading one of Richard Branson’s books. His attitude, flair and success bears acknowledgment and curiosity. Learning more about his approach to leadership was a major drawcard for me to pick this particular book up; especially given his next book is out in a few months.

Leadership…. many definitions are out there and hearing Branson’s approach was fascinating. From merely being disciplined in taking notes in a meeting to living life not as a dress rehearsal were just a small number of tips he provided throughout the book. Coupled with those nuggets of advice were many examples where Branson has both succeeded and failed.

Although this book has aged somewhat, the advice and learnings are still relevant today as they were a few years ago. Highly recommend this book as an excellent approach to being a leader in the 21st century!

Three key takeaways from the book:
1. The following quote sums up so many facets of my life, yet I hadn’t seen it articulated in this way until Branson quoted it. “Live as if you are going to die tomorrow, learn as if you are going to live forever” – Mahatma Gandhi
2. Train people well enough so that they can leave, but treat them well enough so they don’t want to
3. It is not the hours you put in, it is what you put into the hours