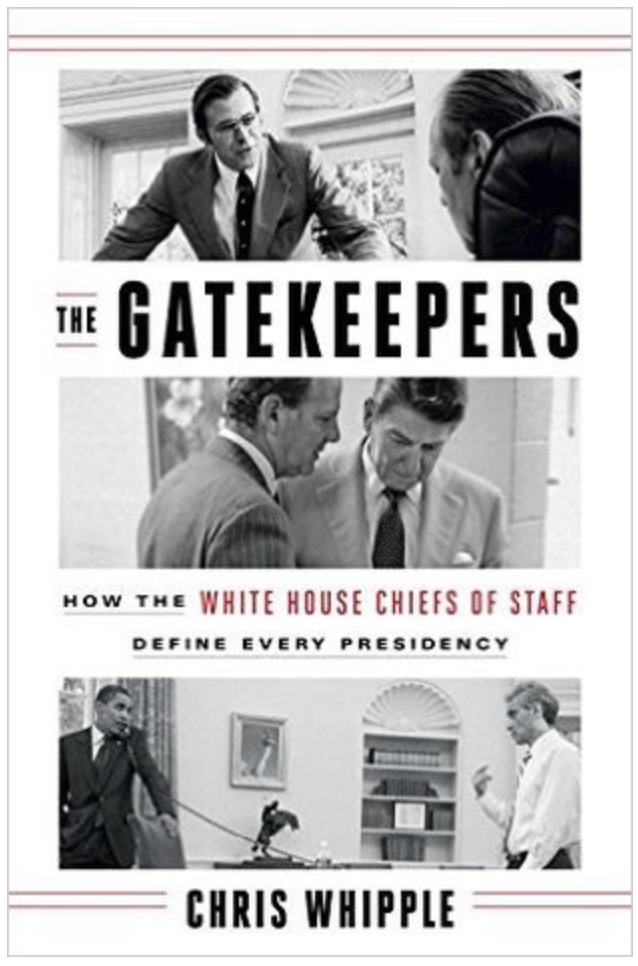 I am so glad to have come across this book and devoured it quickly for good reason. It chronicles each Chief of Staff (COS) from the days of Richard Nixon through to Barack Obama; who evidently ended up having four people play the role of Chief of Staff during his eight years as President of the United States. Interestingly enough this book was published in April of 2017 therefore it didn’t include the many dramas of the Trump presidency and of the recent firing of his COS in July (i.e. Priebus).

With that being said the book runs through each administration and picks out some key drama that either culminated as a success for the party, administration or president, or, it ended in legal quagmire. The key of each story was the role that the Chief of Staff played and it was amazing the level of detail each chapter provided.

The role of the COS is all behind the scenes, therefore one should read books like this to truly understand how the Whitehouse plays a role in government activity. For example, how was Obamacare was passed, how did Bush and team deal with 9/11 or how Nixon’s COS ultimately fell on his sword for his boss and ended up in prison. The insight and research was incredible and in the end I learned a lot on where one can succeed or fail in the role of a leader. A leader who ultimately reports to the most powerful person in the United States of America.

Three key takeaways from the book:
1. There is a big difference to spinning vs. leaking. James A Baker used leaking to drive policy in a certain direction however would use spin on the president’s position of that policy.
2. I have taught that politics is all about relationships. Rahm Emmanuel was a great working example of this in action. He would call people on Capitol Hill constantly, would have lunches everyday with Congress representatives and would start his day in the congressional gym; not because he liked it but because he could talk with them and take their temperature on various topics. Building relationships is key for success in any industry and in any role where you deal with people.
3. The most important thing a Chief of Staff can do is establish clear lines of responsibility. Once you have established responsibility you get clear accountability. There is no accountability without clear responsibility. Sage advice from James A Baker III, the gold standard of all Chief of Staffers over the years.