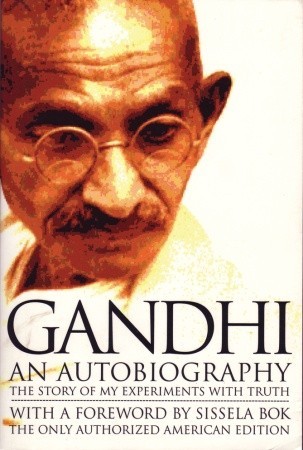 I was very excited to pick up this book and learn from a great man who is held in high esteem given the major change of history he orchestrated in India. It begins as most autobiographies do with his childhood and transverses through his life with an emphasised theme of truth in word and not in thought. Ghandi wrote this book providing his version of the truth in all situations which included family life, marriage, friendship and his various experiments with eating and healing. He lived up to that promise in my opinion.

When reading this book, one has to take into consideration the time of when it was written and the culture coupled with Ghandi’s overseas expeditions. It is quite an open and revealing look at how his mind worked and what he considered his values. The biggest disappointment for me was that he didn’t delve into India’s independence from the British Empire. His rationale was that it had been covered by many people including the media therefore he didn’t feel the need to put pen to paper. Given his theme of truth and openness of this book it would have been a treat to get his perspective of those events. Alas it will never come to pass.

Three key takeaways from the book:
1. Ghandi was quite clear that a public servant should not accept gifts. His insight at the time of writing was insightful given it has taken a long time for most governments to enact laws restricting this from occurring
2. More of a personal insight around the fasting that Ghandi performed. His focus was on mental self restraint being the key to proper fasting. I would agree.
3. Those that say that religion has nothing to do with politics do not really know what religion means. Again I agree!