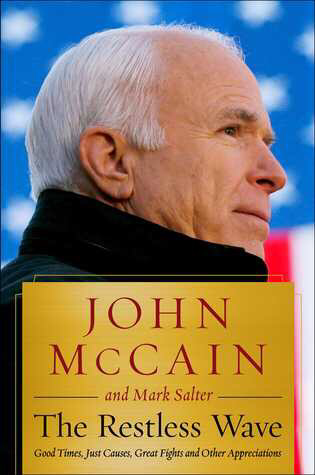 I first heard about John McCain when he was the Republican nominee for President in the 2008 election. Although I’m not a US Citizen and was living in Australia at the time, that election ignited my passion for politics and I have kept an eye on him ever since that time.

The one thing you cannot argue about McCain from this book is that he is a hard worker and a fighter in every measure of the word. He has gone through many major life experiences (e.g. Vietnam War, POW, Divorce, Senator, Presidential Race etc.) and still has a deep love for his country. These themes are very evident throughout the book. For example, McCain consistently spends major national holidays out with troops in Afghanistan, Iraq and Syria versus at his home and with family. Furthermore, even as a Republican he votes on bills based on what he believes is best for his constituency versus what his party ultimately want in place. It was enjoyable to get his perspective on some of the major legislation changes that have occurred over the past 10 – 15 years. Learning about his friendships, who he respects and what changes was interesting to learn.

There is a saying that you should keep your friends close but your enemies closer. I don’t consider McCain an enemy however his party doesn’t align with my value system. That said I have picked up his biography to learn more about what he is about and what he stands for. Whilst it wasn’t the most amazing book I have read it is certainly a good insight into John McCain and his restlessness on keeping the country moving forward. Although I am glad that Obama was voted in as President, I still believe that McCain would have made a good President. His value system aligns to what this nation really needs. It will be a sad day when he is gone.