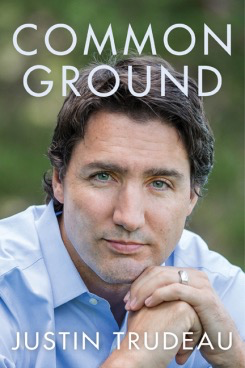 It’s quite happenstance that I finish this book when Trudeau has been gaining significant press coverage due to the trade exchanges against Trump. I had originally picked up the book to understand a young man who originally decided to avoid following his father’s footsteps as a politician however ended up beginning as a teacher and falling into the world he had set out to originally avoid; politics.

This book didn’t rate so high as I had originally expected. It is well written and narrated (listened to the Audible version). As one would expect it traverses through Trudeau’s life as a child, living under the shadow of his father in many ways and then his study and working life. There are some very intimate insights into the death of his sibling and father as well as how he met his wife Sophie. I particularly can relate to the way he approaches his marriage in the long chats and being open / honest; this ends up creating a solid foundation.

I do know more about Trudeau and his approach to his family, life and of course Canada. He obviously has a lot more to offer the world in the future given his age and aspirations. His search and drive for common ground will continue given the closure of the book. If current affairs are any indication of what’s next then it will be an interesting next few years for him. Canada is standing up for itself against its neighbour and we all will see how it works out.