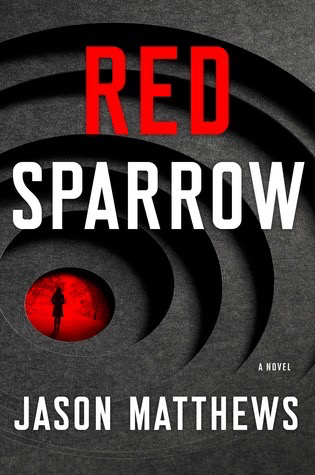 I do not often review fiction books on my blog although having increased my fiction count over the past twelve months. In this instance I caught the “cannot put the book down” bug. This used to occur when I was a lot younger but fortunately has come back with zeal of late. This is how best to describe Red Sparrow; a suspenseful book that I just couldn’t put down!

Earlier in the year I had watched the movie and enjoyed the action, drama and approaches to counter-intelligence both in the US and Russia. I thought the movie was well produced and had a solid cast. After the movie experience I picked up the book realised quickly that it had so much more to offer than the movie. For example Dominika’s character description from the beginning was something clearly missing in the movie and explains why she is an incredibly talented spy; no spoilers as to why here. Moreover her background in the ballet and her parents values provide a deeper insight into her rationale which ultimately drives the plot of the book.

Matthews provides a nice balance of story and action as well as describing the inner workings of two major intelligence communities. I have learned a great many things about patience, deliberate practice / planning along with checking, double checking and triple checking. You would expect nothing less from a ex-CIA station chief that has been around the world and seen a lot.

If you get a chance to read the book before watching the movie then I would highly recommend reading this first! I’m already onto the second book in his series. Thanks to Matthews that there are three in this series.