Born to Run by Bruce Springsteen 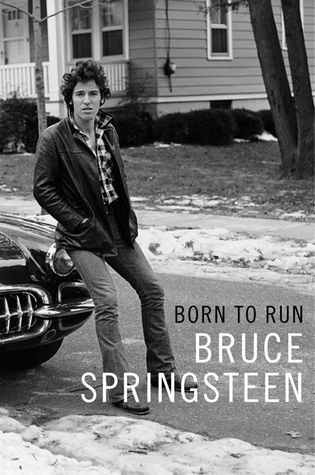 Simply put, Bruce Springsteen is an absolute rock legend! I grew up listening to his music and saw him as the raw performer with no frills. He was that blue collar musician that came out night after night and worked hard for up to three hours at each gig. Who wouldn’t want to learn more about his life, his values and ultimately how it all happened?

I chose the audiobook format as per my normal approach; I like hearing a biography read by the author themselves. Although Bruce’s voice is smooth like a whiskey, it was initially hard to keep focus while listening to the audiobook as it would sometimes be a little too smooth and put me to sleep. That said, he takes you on a journey as a boy learning the guitar to the decisions and challenges he encountered in becoming a musician. As mentioned in the takeaways below, Bruce started with nothing and has built his career on the belief that music was his life and it didn’t matter whether it brought him fame, success, money or woman; although he has all of them now.

There are a lot of lessons throughout the book on who you work with (think the band) and how you work with them (creating but also performing). Furthermore, Bruce brings up his relationships with his father, children and partner throughout the book. For example, he quotes on how to behave with children in that you are your children’s audience, not the other way around.

The book didn’t blow me away however I do have more respect for Bruce Springsteen. He still looks up to his idols in rock music (e.g. Rolling Stones, Beatles etc.) and in my opinion keeps it real without getting carried away with fame. Essentially he is that hard working and passionate person we should try to emulate while on this planet (perhaps without the depression if we can help it; see below).