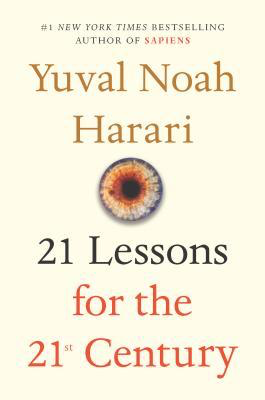 It is one thing to read a book, however, another to contemplate it, reflect on it and put the contemplation(s), reflection(s) and idea(s) into action. This is is one of those books! Harari mentions that this book is the second in his trilogy. Sapiens (the previous book) was about human history, 21 Lessons (this book) is focussed on our current society and Homo Deus (the next book) is about tomorrow and the future. I haven’t read the other two books however I will get around to it most likely in 2019.

21 Lessons for the 21st Century focuses on five key areas of our society: the technology challenge, the political challenge, despair and hope, truth and resilience. Harari provides many stories, examples, issues, challenges and potential ways forward for the reader to digest. I appreciated the open approach on all topics and apt examples; nothing was taboo (think religion and politics as examples).

One of the areas I enjoyed the most was the topic of education. Harari advocates for proper education and argues the critical nature for many western societies to innovate. Otherwise those that lead the world today will be at risk of losing their dominance tomorrow. His education approach is the four Cs: Critical Thinking, Communication, Collaboration and Creativity. I look back at my education (and I had an above average education compared to most) and realise the gap between these approaches. Today’s younger generation would benefit in knowing how to make better decisions, managing their financials, learning about topics such as civics and statistics etc.

Thanks to my Father-in-law for recommending this book. He gets excited after discovering treasured books such as this one! It was on my list however went to the top of the to-read heap after that conversation!

Three (plus a few extra) key takeaways from the book: