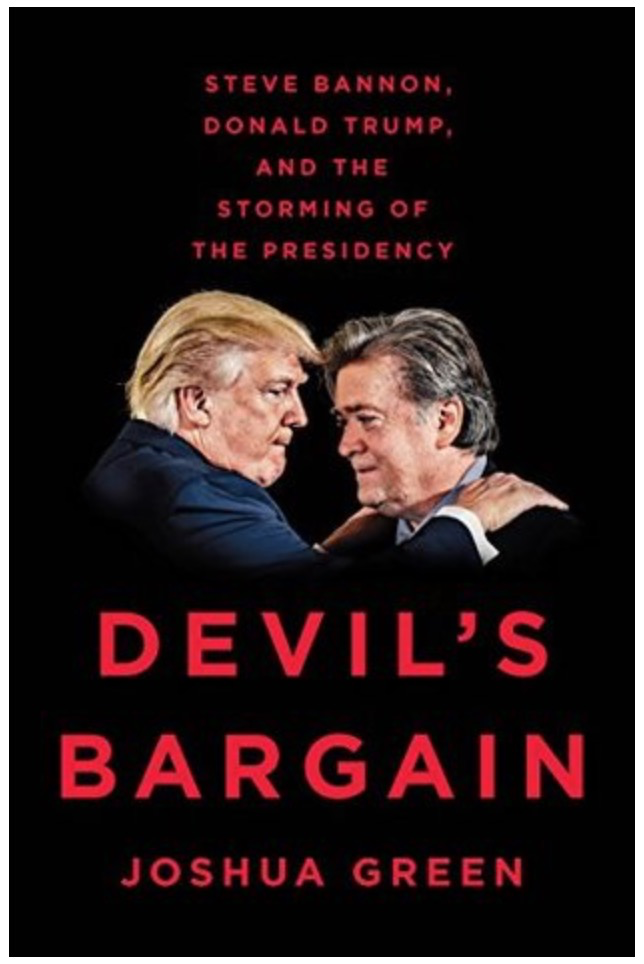 Have you wanted to make sense on how someone like Donald Trump made it all the way to becoming President of the United States? With no political experience coupled with an megalomaniac personality it just didn’t add up. The Devil’s Bargin certainly provides an interesting perspective and an answer; that answer is Steve Bannon.

The reader will get taken on two journeys; that of Bannon and Trump and how they end up converging to cause the biggest election upset in history. It begins with Bannon’s early life enlisting in the military, leveraging his superior networking skills and to meeting key people along the way they that led him to expose his closet conservative agenda. Trump’s journey on the other hand begins at the Whitehouse correspondence dinner where Obama and Seth Meyers thoroughly roasted him after creating the birther movement. For those who have seen the Youtube video of this event, it was the key moment for Trump where he decides then and there to run for President.

I quite liked Green’s writing style as he chronicled the sequence of events that allowed Trump to navigate through the Republican primaries and onto the Presidency. He focuses on facts and leaves out his opinion for the most part. His number of sources and stories alike are mind blowing. For example, he talks about the pivotal moment on election night where Chris Christie’s gave Trump his phone and stating that Obama would call him on it. Trump’s reaction to this was incredible and a great insight into who this real man really is.

If you want to understand what really happened in the 2016 US election I would highly recommend this book. When you read about how Bannon was able to leverage the online gaming community (i.e. changing its members from apolitical to political) it gives you a vast insight into how Bannon was able to swing the election away from Hillary Clinton and to Donald Trump.