My Rating of I Want my MTV: The Uncensored Story of the Music Video Revolution by Craig Marks and Rob Tannenbaum: 8 / 10 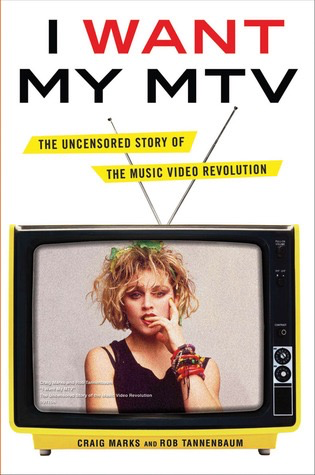 MTV is synonymous for anyone that grew up in the 80s and 90s. It was the “go to channel” for any young person wanting to connect deeper with their favourite music artists and / or discover creativity like never seen before. Whilst I grew up in Australia with a similar show called Rage on ABC, I knew about MTV and the impact it had on our generation. Those four words (I want my MTV) changed the music industry in so many ways. It also made or broke artists careers in the process.

I want my MTV is definitely a good read and thoroughly entertaining. The authors wrote the book based wholly on the extensive interviews with artists, producers, directors and crew that had been part of MTV’s journey. For example, you learn about the creation from the likes of Bob Pittman. You realise that Michael Jackson created his own nickname “King of Pop” and forced MTV to use it multiple times a day during the Black or White showings. Each story brings together various perspective into the fold. Sometimes there was correlation to the stories, other times not. Either way the stories and anecdotes were interesting providing the reader with a backstage pass to all the goings on back in those days.

Whilst I didn’t learn a great deal from reading it, I really did enjoy the stories and now look at the music industry a little differently. One of the bigger takeaways is to re-look at some of the classic music videos produced. For example, Sinead O’Connor’s “Nothing Compares” is about her mother passing away versus what I had always thought: a nasty break-up. Not sure that Taylor Swift can pull off that kind of video or metaphor today in her videos. Suffice to say if you’re a music buff then this book is jam packed with the history and tidbits on how the video killed the radio star.