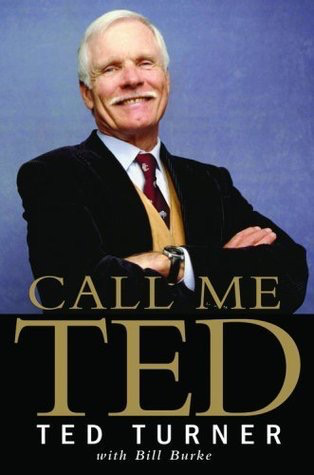 “Call Me Ted” was a random find on Audible.com. I knew of Ted Turner as the man who started the Turner Broadcasting Network (TBS) and Cable News Network (CNN). I didn’t know how it all began along the struggles Ted experiences as he established one of the biggest media empires of our lifetime.

Ted Turners life is quite a fascinating one and the book tries to cover this via three main topics: Ted’s up-bringing, businesses and relationships. The early part of the book details his strict up-bringing by his father; including being beaten regularly. Furthermore how his Father’s lack of monogamy rubbed off on Ted in his adult life as he struggled with the inability to hold down three separate marriages for the long term. Last, Ted chronicled the inheritance of his Dad’s billboard business and how he transformed it into multi-billion dollar empire. Unfortunately this also led to Ted being pushed out after the merging of his company with Time Warner and AOL.

I liked Ted Turner’s writing style in this book (he also did the narration). It felt like Ted was writing (speaking) from the heart and gave an open and honest appraisal of his life. The ups, the downs, the successes and the failures. He also included many “Ted Stories” where friends, family, peers and business associates include their perspectives on various incidents along the timeline. Not all of these “Ted Stories” corroborated Ted’s version, however, they provided perspective and another person’s point of view; unedited.

I certainly did learn a few things about Ted Turner, business (not as much personal) relationships and the media industry. I didn’t come away with anything mind-blowing that would drive me to change the way I go about life and business. With that said I do have the usual three takeaways below.

Call Me Ted is certainly a good book to read as the history of CNN and other major media milestones are documented in detail. These organisations have changed the world and will continue to do so in our lifetimes.