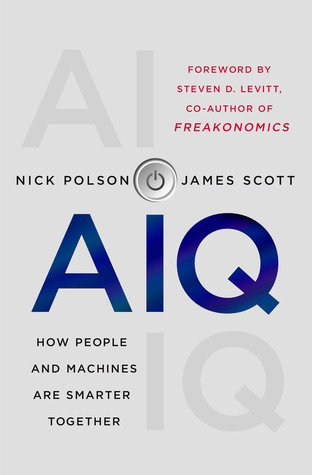 Are you looking to learn the foundational aspects of artificial intelligence, what it really means to our world and the economy? Then this is a good book to read as Nick Polson and James Scott break down the components of AI down. Furthermore they link these aspects to historical (and interesting) events thereby truly breaking down the AI walls and buzz words in the industry. Whether it is machine learning, conditional probability or AI, these terms are thrown out and replaced with a layman’s explanation coupled with real life examples. For example, the book is broken down into seven chapters, each with a story, explanation and application – in my opinion very well put together.

The book opens with the story of Netflix and the company’s thirst for improving its recommendation engine to customers. For those that may remember, Netflix created a competition on the Internet in which the winner would win $1,000,000 if it could improve on the current Netflix recommendation algorithm. The authors use this case study and explain the approach taken by the ultimate winner and why their particular algorithm ended up winning. They in fact used an algorithm used by Abraham Walk back in World War II where statistic sampling was leveraged in order to reduce damage impacts to aircraft during aerial fighting. Interesting enough the ultimate recommendation engine that won actually drove Netflix’s strategy on producing their own content; a major success for the industry.

As mentioned this book contains many interesting stories just as thought provoking as the Netflix example above. It helped me in demystifying the AI concepts and establish a more realistic reality on AI’s ability to take hold and dominate society in the future. I highly recommend this book to get a realistic picture on AI and its application along with the benefits to human society today and in years to come.

A book review by Brad Revell of the book “Beautiful News” authored by David McCandless. This visual book about the world rates a 8/10 based off Brad’s review.
Feb 6, 2022
2 min read
Jan
26

I wrote about this topic last year and my article has been getting around. Check it out via Executive Support
Jan 26, 2022
1 min read