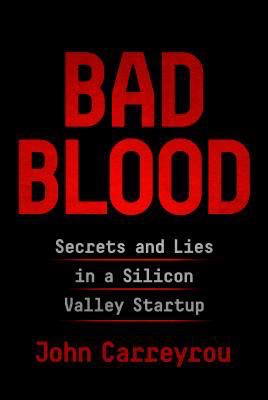 The Theranos story is fascinating. I had read many articles in the Wall Street Journal at the time while living in the USA. Theranos in its hay-day was the darling of tech start-ups yet it transformed quickly into a scandalous mess! John Carreyrou, an investigative reporter for the WSJ, broke the story which has changed the tech, start-up and health industries in many ways.

The book can be broken down into two main sections. The first section is the history of Elizabeth Holmes and Theranos. It puts the all the pieces of the puzzle in place to the point where Carreyrou became involved. The second section focuses on Carreyrou’s perspective. He provides a first person narration given his involvement in exposing Theranos. Furthermore, Carreyrou outlines how he was involved, who his sources were and how the ivory tower of Holmes and Balwani crumbled in such grand fashion.

This book was written very well and I found it an easy book to consume. There are only a few key characters, the health concepts are explained and the scenes are set and well described. Many start-ups have unique stories and Theranos is no different. What I found remarkable is how the reality of Theranos could never keep up with its vision. A generally available product released to the health market which didn’t actually work would never end well.

One of the senior leaders in my company has a great saying. We should only sell what we can implement and implement what we sell. That sentence sums up the Theranos story well!