“Don’t sweat the small stuff” is a term I’m sure you have read or heard many times in your life; I know I have! If you haven’t heard it before then perhaps try these two which I also like to use:

As I have grown older I feel that society in general tends to get caught up in the moment and overreacts as a result. Can you think of any situations that may fall into this bucket? How about that car you beeped at while driving because they pushed in front of you. Or that person that bumped into you while traveling in the elevator. I recall a great story told by @mahorstman when he was in an elevator with a friend. They were at the back of the elevator when a man who joined them; he had an umbrella under his arm. Unbeknownst to this man, he kept poking Mark’s friend until he exited the elevator. Once the man exited the elevator Mark’s friend turned to Mark and unleashed his frustration on how mad he was that this guy had poked him with that umbrella. Mark’s response was this: “…. that the guy poked you with an umbrella, you got mad all by yourself.” Priceless!

This week is Thanksgiving and as an Australian man married to an American woman I am hosting a Thanksgiving dinner in my home town of Brisbane. We are going all out so that my family can experience what a true Thanksgiving is all about. We have purchased a turkey which is brining as we speak along with wine, the usual starches and greens plus dessert. At a farmers market today we came across some amazing short bread apple and apricot pies which we ended up buying given we already have so preparation to do. My parents ended up carrying the pies for a while in a bag and had forgotten to straighten the bag when they sat down for a coffee. Here is the result (mind you with some open pie surgery to fix what we could): 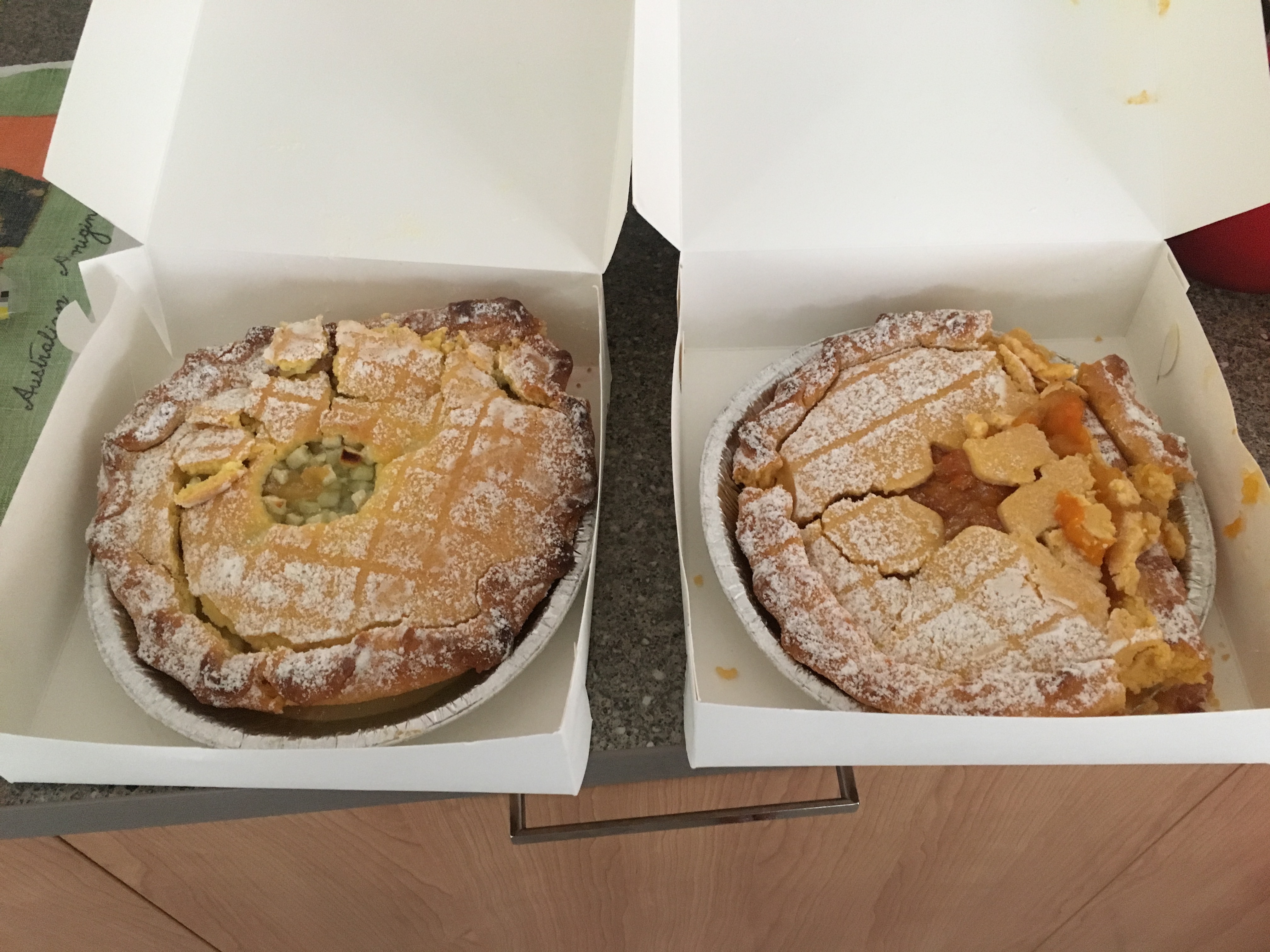 Now I realize my parents read this blog and my point isn’t to call them out. When we found out what happened we just shrugged our shoulders, laughed about it and moved on. Our final comment was that it will still taste the same. My point is that my parents didn’t mean to do this, why make it a big deal?  This is at the heart of not sweating the small stuff. We still have a great tasting pies that now come with an even greater story. Happy Thanksgiving everyone!

Design Thinking is a technique that anyone can use in any situation. Observe, understand and seek the rela problem to solve.
Feb 13, 2022
3 min read
Jan
26

I wrote about this topic last year and my article has been getting around. Check it out via Executive Support
Jan 26, 2022
1 min read
Dec
28

All that I am or ever hope to be I owe to my Mother. This is a dedication to my mum and everything she has done to help set me up for success!
Dec 28, 2021
6 min read