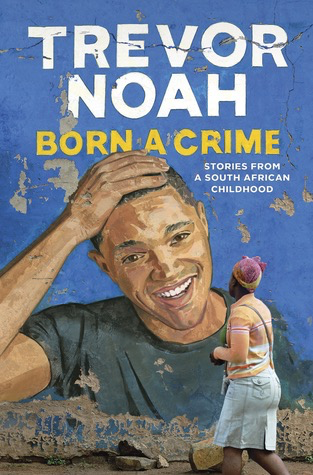 This book was a strange choice for me. I didn’t know much about Trevor Noah prior. Therefore my choice was based off a recommendation by Audible as it came with decent ratings. Now that I’ve finished the book I don’t know that much more about the current Noah. That said, I have learned a lot about his childhood.

The first thing to say about this book is Noah’s storytelling and vivid imagery of the state of South Africa, his Mother and Step Father; the main characters in the story. Everything he details comes with dramas and lessons that I believe are not just applicable for a South African person. Trevor also leverages his many voices and accents to further immerse you into his stories.

The second thing is his incredible luck given all the incidents he has experienced throughout his childhood. To get out of South Africa and ultimately becoming a talk show hosts demonstrates that we all have the ability to do the same; although luck does certainly help.

What was missing for me is a little bit more about Trevor Noah’s later life. For example, the book stops around the age of 18 – 21. What I would have liked is a more on what Noah did next and how he went into stand-up and ultimately onto the USA. As we all know, luck seems to favour younger children than it does for adults; maybe that’s why he did stop at this point in the book?

If you’re looking for an entertainment book coupled with one’s perspective and history of South Africa then pick this up and enjoy! You have stories, voices, cliff hangers etc.; all the key aspects that make this book a page turner.

Design Thinking is a technique that anyone can use in any situation. Observe, understand and seek the rela problem to solve.
Feb 13, 2022
3 min read