It’s been a week now since the HomePod has arrived. This is the first Apple product I have purchased / received where I have bought it when it was first available to purchase and received it on the first day of release. Furthermore, I was able to do this from the convenience of being at home versus lining up in crowds; a big game changer for me.

That said, I am going to avoid all the common review aspects of the device. Instead I am going to focus on a few unique aspects that may be different to most of the reviews out there. For example, the sound quality is fantastic and Siri has a lot to be desired. Instead I’m hoping to achieve is to provide things for you to think about and areas where the device could be improved by Apple.

We forget the KISS (Keep It Simple Stupid) principle. Apple has done well is to produce its first device in this market that is easy to plug in and easy connect to the its ecosystem (yes you are bound here). I had my HomePod up and running within a couple of minutes and it was usable on my iPad, iPhone, Mac and AppleTV. Apple could have gone with more complexity with its first release and potentially generate bad PR. One must keep in mind that the improvements will all be in the software in the short-term. Therefore the device, although 1st generation, should last me many years given how I will use it.

The second aspect is configuration. I was surprised that there is no HomePod application on my iOS device. Indeed, I had to search online to find out where I could rename my device. Everything is maintained in the iOS Home application. The only snag I came across was having my Siri voice/language set differently on my iPhone and HomePod; this caused a problem and I had to re-align them again.

I haven’t played much with competitor products like Google Home or Amazon’s Echo. What surprised me was HomePod’s ability to pick up my voice when I said “Hey Siri”. I could be at the other end of my apartment while music was playing and say “Hey Siri”. Straight away the device would reduce volume and wait for my instruction. Similarly when facing the other way, or placing myself in the kitchen (with loud background noise) the HomePod would consistently pick up my voice. This is important as I’m able to keep going about my business and not stop, turn around and spit out what I need to do; focus is maintained.

Last on the theme of unique aspects is dealing with multiple devices. To provide perspective here I have spent a lot of time on my iPhone, Apple Watch, iPad and MacBookPro devices to make sure all notifications and Siri functionality align. For example Siri and all reminders are disabled on my iPad. Furthermore as my Apple Watch is strapped to my wrist as soon as I’m awake I make sure all notifications there instead of on my MacBookPro. Where am I going with this? What I have noticed now is that when I use Siri there is sometimes a conflict on which devices takes on the Siri query. Should it be the phone, the HomePod or my wife’s devices? Interestingly enough I have started to put my iPhone face down to avoid this aspect (and my wife’s phone too). I’ve also noticed that the HomePod takes priority when I say “Hey Siri”.

HomePod has a permanent plug. This means I’m unable to un-dock the device and move around the house. For example, my previous iHome IW1 (since 2012) was able to be un-docked and moved around the house. Now that HomePod is fixed I have unfortunately lost the ability to move it around. This may be a feature released in the future however I was a little bummed with it being fixed.

Although HomePod is logged into my Apple ID, it is limited in what I’m able to do; most likely for two reasons. The first is due to the first release of the software and the second may be security. For example, I’m not able to access my calendar and ask what my next appointments are. I would like this to open up a little as well as provide multiple Apple IDs so that my wife’s reminders can be accessed. We know that Siri can already recognise voices so this should not be a hard next step with a software update.

The last thing to note is the issue of the HomePod base being made of silicone. I have read over the past couple of days that it can react to wood surfaces. I have had mine on wood and so far it hasn’t made a mark. Something to keep in mind.

To purchase or not to purchase, that is the question?

I am glad I have purchased a HomePod. More music and audiobooks are  being played around the house. The quality and functionality is sound with potential for many improvements to be made in the future. Yes it has a steep purchase price however if it lasts as long as my iHome Speaker did when I bought that in 2012 I’ll be very happy indeed!

Next Story:
Virtual Reality (VR) Technology: Is it Ready?

About the Author / Brad Revell

This site uses Akismet to reduce spam. Learn how your comment data is processed. 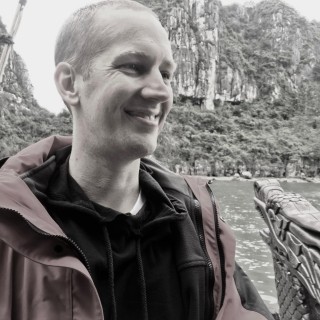